Mary Ann and I had to get out of the house for a few hours and managed to sneak out to the Metolius River yesterday evening for two hours. It was an incredibly peaceful evening away from the crowds down on the lower river. We both took out our 7′ 9″ 4 wt bamboo rods for the evening. A few BWOs starting showing up about 5:00 PM and then some PMDs about 30 minutes later. No fish seemed to want to come to the surface but we did well swinging PMD soft hackles…Thanks John Kreft for your great PMD Soft Hackle Pattern.

I’ve been getting out on the beautiful Metolius River over the past couple of weeks before the closure at the end of October.  The Kokanee have come up from Lake Billy Chinook to spawn in the river and are very numerous in the shallower areas of the river.  While the Kokanee will occasionally take nymphs, we don’t target these fish and let them do their “spawning thing”.  Here is a quick video of the Kokanee doing their thing:

With all the fishy activity in the river, the rainbows also get active.  Earlier this week, I got out on the upper portion of the river with my good friend and local Sisters resident, John, for a few hours of afternoon fishing. 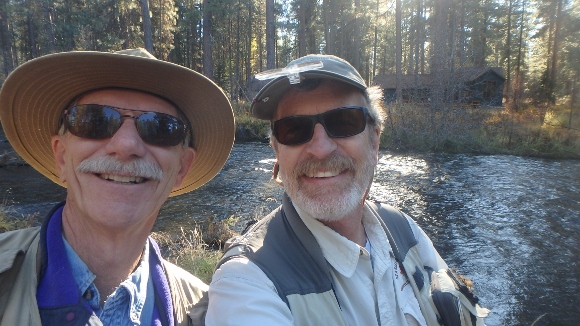 Dave and John on the Metolius River

The river is pretty small in these upper stretches, and the fish tend to be a little smaller than in the lower sections of the river.  But, I took out my 7′  0″  4 wt bamboo rod, which worked great to high-stick some nymphs through the shallow riffles.  The resident native rainbows were very happy to take my #10 October Caddis Pupa and my #20 Rainbow Warrior.  Here is a nice little fish from our day. 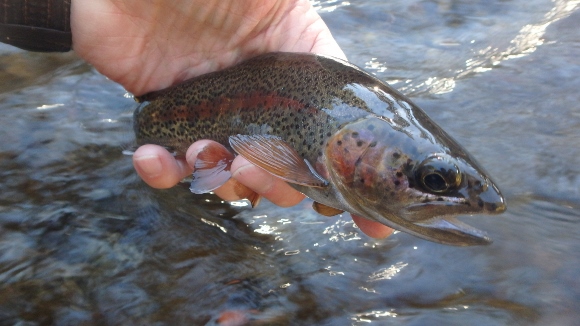 Rianbow from the Metolius River

Occasionally, I find the time to build a new rod for myself.  I recently completed an 8′  0″  5 wt medium progressive action rod for me, and Mary Ann and I got out on the Metolius River for 2 hours for some casting…and possibly catching!  I took my new rod, and she took our her new 7′  9″  4 wt that she just finished building. Her rod was a mate to mine, just a little shorter and lighter.
Winter fishing on the Metolius River can be slow sometimes, and although there were a few mayflies coming off, we only managed a couple of smaller rainbows. But the rods were amazing to cast, perfect actions for the Metolius River and small dry flies.  Here are a few photos: 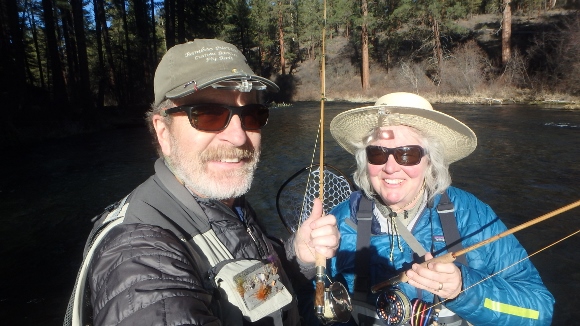 Getting ready to hit the Metolius River with our new rods. 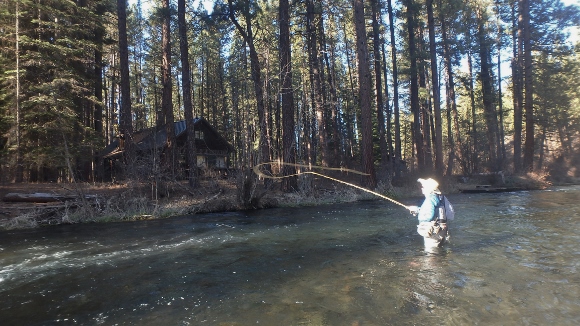 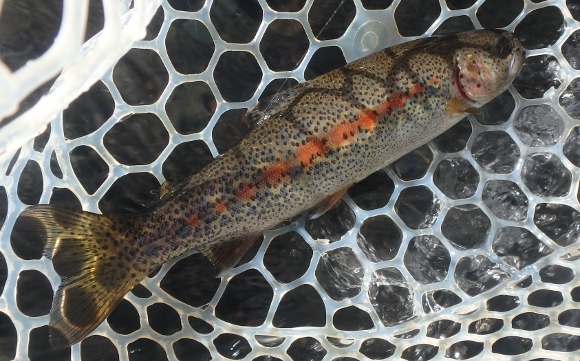 My good friend, John Kreft, has a wonderful WEB page and blog dedicated to fly tying.  He’s an awesome fly tier and has some great information, both historical and for tying, about flies and fly fishing.  He recently posted a great blog entry about fly fishing items for the upcoming Christmas holidays.  So, check out his latest post, as well as all the good content at:

I just finished a new rod for Shawn from Portland.  He’s a great angler, and this is the third bamboo fly rod I’ve built for him.  He already has a 3 wt and a 4 wt rod, and this time he chose a 7′  6″  5 wt Signature Series Rod.  I really enjoyed building this for him, and this week I joined him on the Metolius River to present the new rod to him….and fish a few hours.  Lots of bugs were hatching and we were able to find quite a few rising fish, but, matching their dinner choice was difficult.  We managed to tempt a few fish to our flies and had an absolutely great afternoon on the river.  Here is Shawn with his new rod. 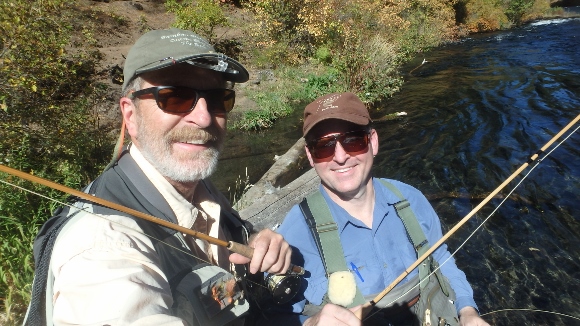 Getting ready to fish our 5 wt bamboo rods. 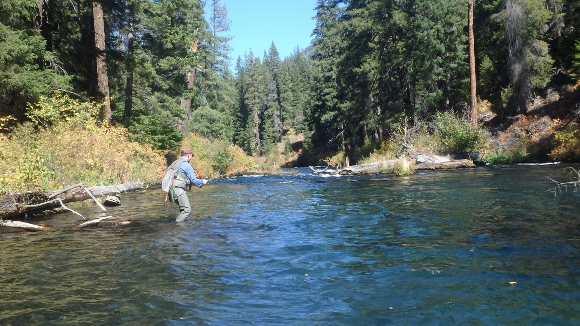 Shawn concentrating on a rising trout.

A short video about me.